It had to be done!

After our "vananigans" (van shenanigans) on that rocky road at Canyonlands BLM, we decided to go to McDonald's to get some much needed wifi access to get some work done and research Capitol Reef a little bit, to try to figure out what we were getting into with that park. Since we didn't have any internet at our camp outside of Canyonlands, we figured we would have the same limits at the other parks, so we did some work, checked emails, played on FB, did some research, etc. before heading out. We also wanted to see if there was a welder in town. After we climbed that rough rocky hill,
at Canyonlands, we noticed that our motorcycle hitch was sloping down quite a bit and was also making this hideous creaking noise, even on smooth asphalt! It was making us a little nervous for we drive roads like that, probably more than we should, and didn't want to get stuck in the middle of nowhere with a broken motorcycle hitch. We did our research and found one welder in the town of Moab!! (There actually is a 4x4 place in town that also does welding, but they charge almost triple what we paid). We wrote down the address, packed up our computers and drove over to the building. Turns out the welder has another job so he wouldn't be back home until after 5 p.m., since it was about 2:45 I called and left a message saying we would be there at 5 for a weld job and went to go run some errands.
We met him at what was actually his business and his home right around 5 p.m. He checked it out and told us to dismount the trailer and bikes and he'd get started. 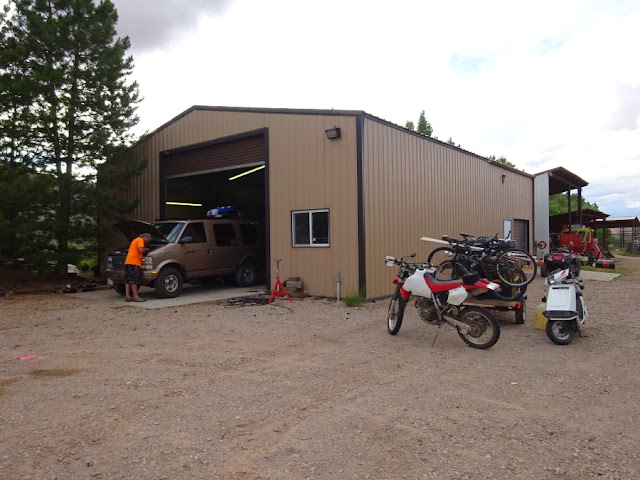 We pulled the van into his garage, disconnected the van battery as well as our house batteries, he picked out the metal tubing that he wanted to use and got started right away. 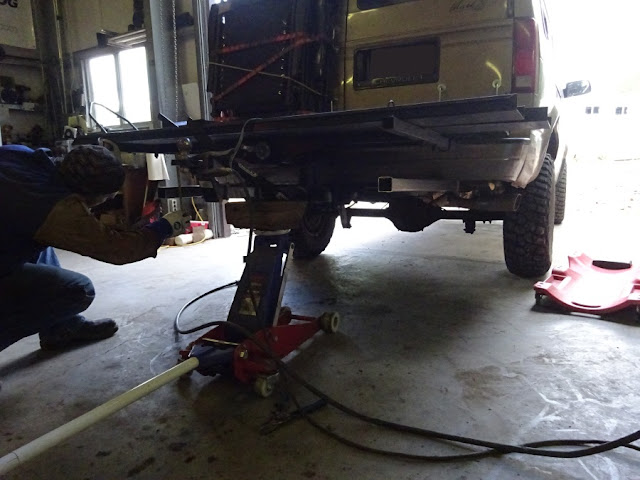 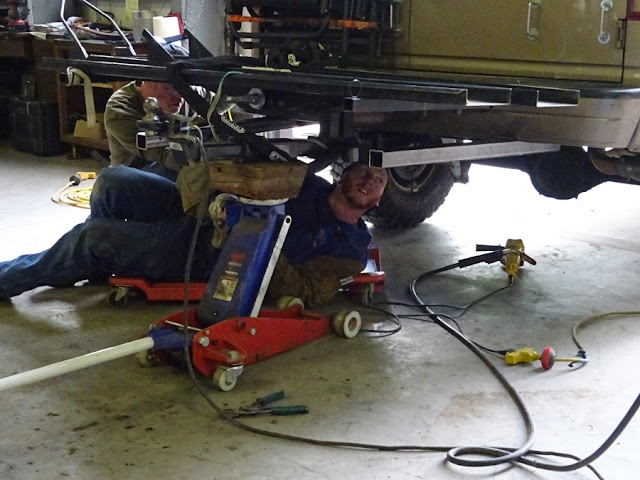 He did a great job placing 2 metal "arms" underneath both sides of the hitch as well as stacking more metal tubing between the "arms" and the hitch, making that baby stable as, you know what! That hitch doesn't move, shake, creak, nothing....it's AWESOME!!! Not bad for $120 buckaroos!! 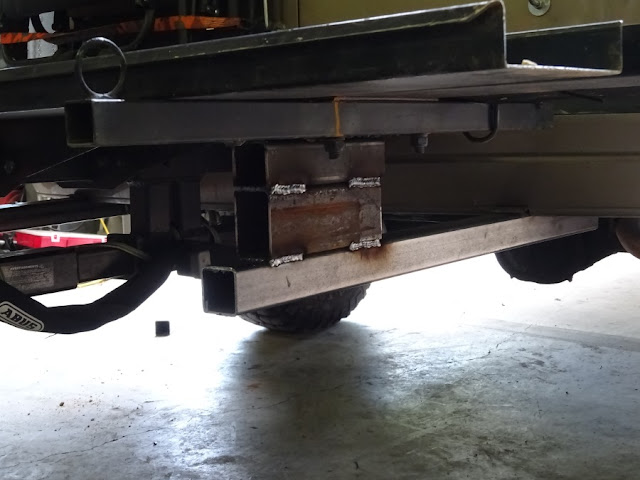 If you want to watch Ben Wilson welding up our motorcycle hitch, you can watch it right here, or go to our
Youtube channel: Enigmatic Nomadics
https://www.youtube.com/channel/UC_W_E5SFCxwpSOaqMjOOBTg

If you are in Moab and in need of an inexpensive but awesome welding job go see Ben Wilson. Here is his information:

We are very very happy and so much more confident about being in the middle of nowhere with our hitch now. We've even talked about going back through Moab to get a few more things welded, just because he did such a great job.
Thanks Ben! 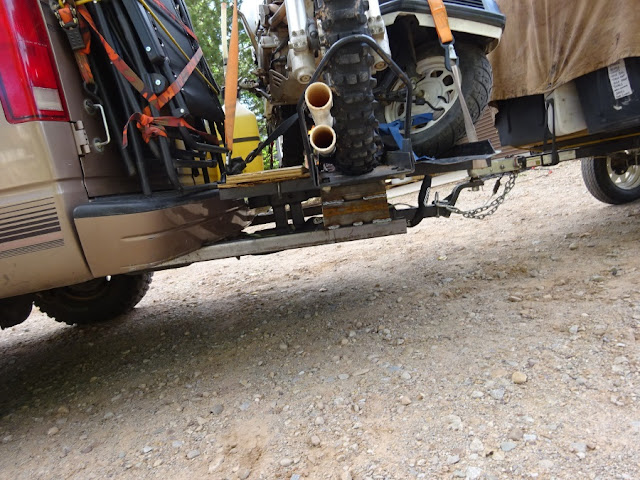 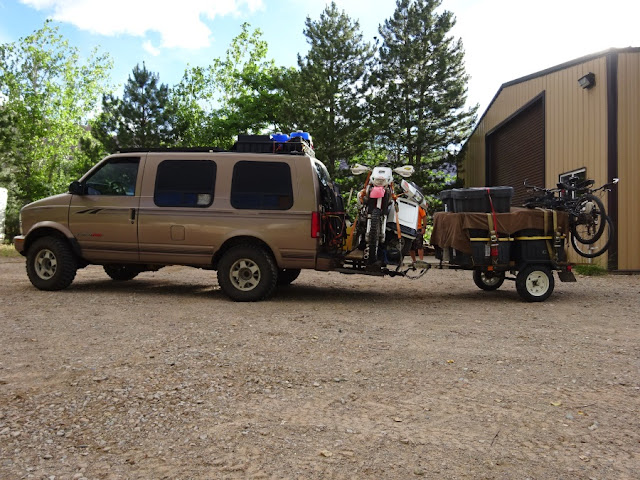 PEACE
Posted by Unknown at 5:23 PM