Day 3~ Making it to Mulege

Day three~ February 6, 2016
The spot we stayed in last night was only about 6-8 miles South of Santa Rosalia, it was a good spot, I wouldn't necessarily call it a camp spot but it did us well for one night. We weren't bothered and didn't hear or see anyone else. Our motion light turned on about two hours after parking, so we had a feeling a coyote or a really big mouse set it off, but other than that it was peaceful and uneventful.


I got up at sunrise and took the girls for a walk. I was curious to see what was around and if there were any trails or maybe even houses down this road. I saw mostly trash, trash and more trash and a couple of trails that were definitely ATV trails...no houses, shacks, nothing of the sort...just a lot of trash. The road in is a little rocky but a car could definitely make it back to where we were, it turned more rough as I kept walking deeper down the trail. I had a feeling that this is where people come to dump their trash and maybe use it as a drinking and make-out spot. The landscape was beautiful though. 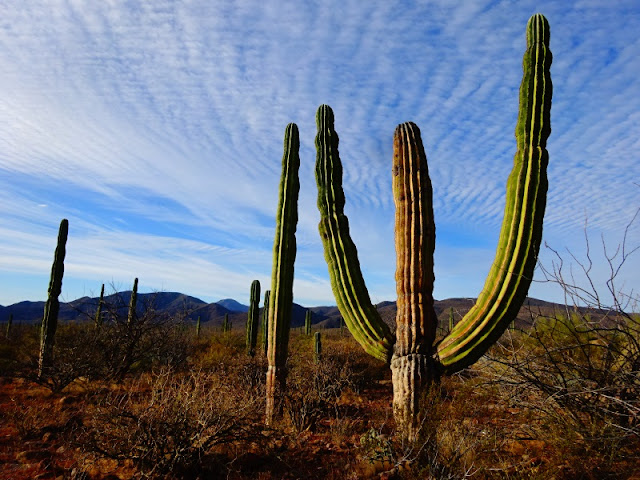 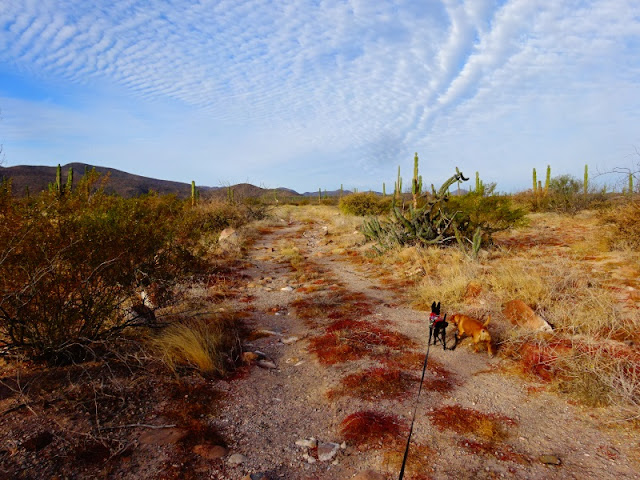 Once back on the road, we were only about 35 miles from Mulegé, so we didn't have a full day of driving ahead of us again, thank goodness! We arrived in Mulegé around 10:30 a.m. and had the whole day to decide where we wanted to stay and what we wanted to do. 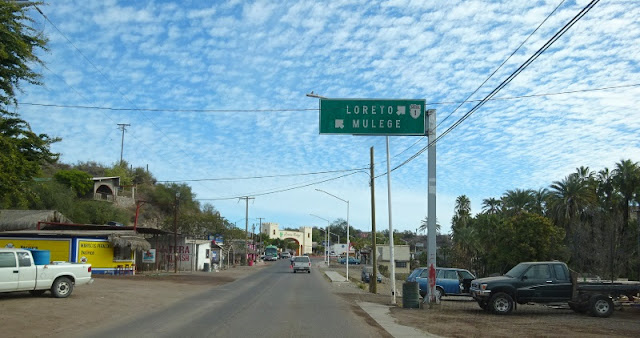 We drove through the archway and through town...learning, once again about the one-way streets! 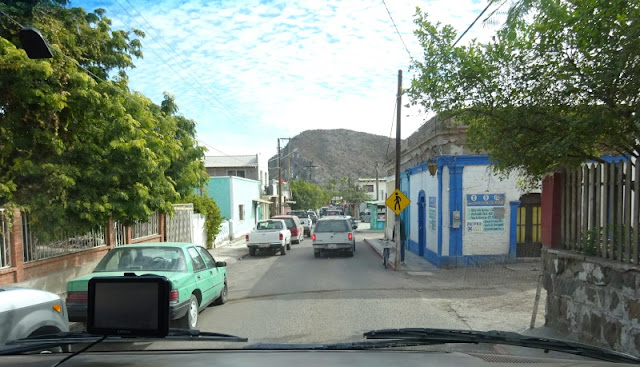 Once we drove through town, we turned down a side road that led us out to the water. At the end of this road, we both looked at each other and nodded in agreement that something didn't seem right. The road down to the water was a really nice road, there was a waterway to the side that was very calm, not even a ripple from the wind. We had heard about Mulegé and the palapas on the beach but what we were seeing was not connecting with what we had heard. 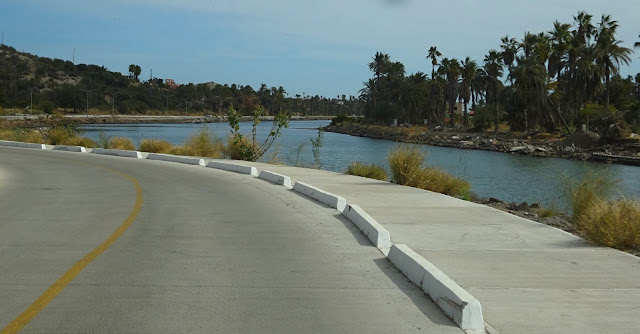 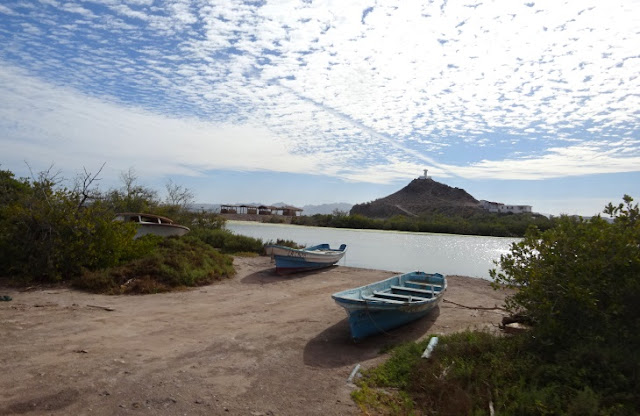 Once we hit the end of the road, where the sand started, it was an entirely different world. There was water...a whole lot of water and there were palapas but from the choppy waves, the tornado-like wind and the broken down palapas with no people in sight, we decided to turn around and try again.


We drove back through Mulegé trying to figure out where to go, then went back out to Hwy 1 and followed it South a few more miles. The road turned into a mountain road with many curves and turns, we got to the top of one of the curves and that's when we knew...NOW, we were in the right place! Where we had just been was the Sea of Cortez side, which we thought was the Bay of Concepcion....two totally different worlds!


We drove Hwy 1 down to Buenaventura, then decided to turn around. We stopped off at the first beach we had seen on top of that hill coming from Mulegé, on the way back from Buenaventura, the name of this beach is Playa Santispac. We turned off the highway and down to the gated area and were approached by a nice, handsome young man named Umberto. We conversed in bits and pieces of English & Spanish and decided we would go do a few things in Mulegé and come back here to park for the night. Umberto told us it would be 100 Pesos for camping & 50 Pesos for a palapa (I couldn't figure out if it was 50 more pesos a night for a palapa or if it was for the day, but we didn't need one, so it didn't phase us).
We drove the 12 miles back to Mulegé to find internet, whether that be an internet connection at a cafe' or to buy a TelCel device. We parked in front of the arch, grabbed our computers and took a walk. We walked around the town of Mulege and drank a Coca-Cola we bought from the small store the van was parked in front of. There was lively Mexican music pumping through the streets, people were sitting in a small park talking to each other, hanging out on the streets and shopping. Mulegé was a pretty busy little town, maybe it was due to it being Saturday or maybe it's always like this...I don't know but I loved it! After walking around the streets for 15 minutes or so, I decided to ask one of the shop owners where the TelCel shop was (we had seen it when we were here earlier but now couldn't find it). I approached him with a Buenos Tardes and asked, "Con permiso, Donde es el TelCel?" He said, Buenos Tardes...you're looking for TelCel? I was happy that he spoke English...he actually spoke perfect English, not even a bit of a Spanish accent. We had a nice conversation and he told me all about TelCel and where to go then told me, I better hurry up because they close in about 3 minutes! I thanked him and we were off...by the way, the TelCel store was about 75 yards from the van! haha
Once we got to the TelCel store, the girl (about 19 or 20 years old) spoke absolutely no English...this would be an interesting process! Luckily, I can figure things out a little bit in Spanish and had a long but successful transaction. At the end of the transaction, she showed me how much data was on the device, I clapped excitedly, we laughed and high-fived. We bought a TelCel USB device that plugs into your computer to give you internet. It was 498 pesos and comes with One gig of data already on it. Even though the store was supposed to close at 1:00, she stayed an extra 35 minutes and made sure that we were taken care, with not one problem or any attitude, it was a nice feeling! 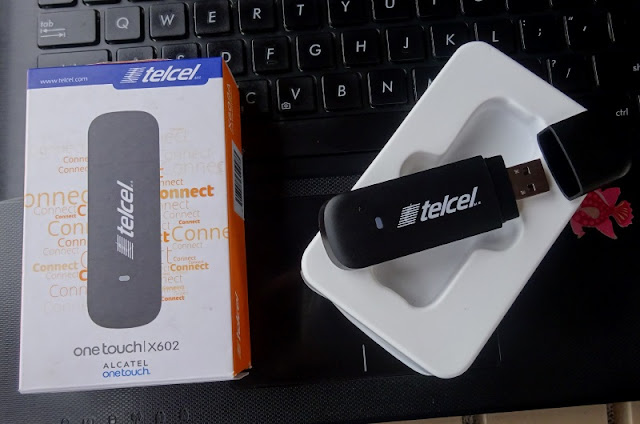 Back on Hwy 1, we decided to stop at a place we had seen after passing Playa Santispac the first time, that had an internet sign out front. We thought we would get on the internet here, even if we had to pay, then see if our device worked once we were parked. The restaurant/store was called Pollos Bertha's and was just a tiny little place where you could sit outside at a table and have a sandwich, a coke or beer while you got online.....or that's what we had conjured up in our minds! 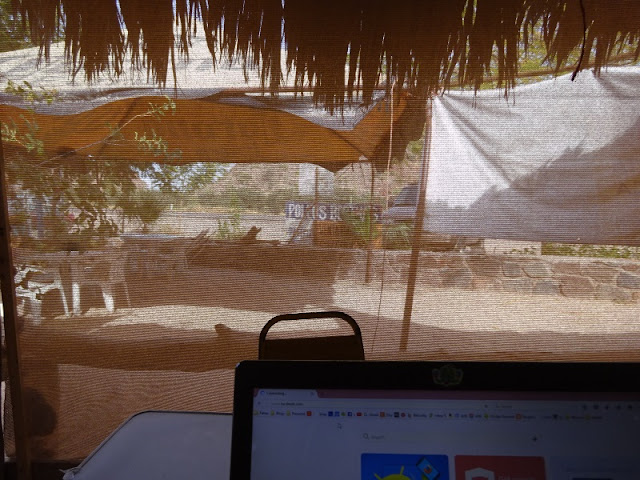 We went in and bought one hour of internet for 20 pesos. We thought with one code, it would let us on both computers at the same time but we were wrong. We bought another hour for another 20 pesos with a different password. We were there for a little over an hour and sadly got nothing accomplished. At the last minute, I was able to get on my email by using the Html basic gmail option and was able to send my mom, sisters & lil' Hoot an update/check-in email. We laughed later that the sign they have out front (picture below) was 100% true...Connect LESS! haha 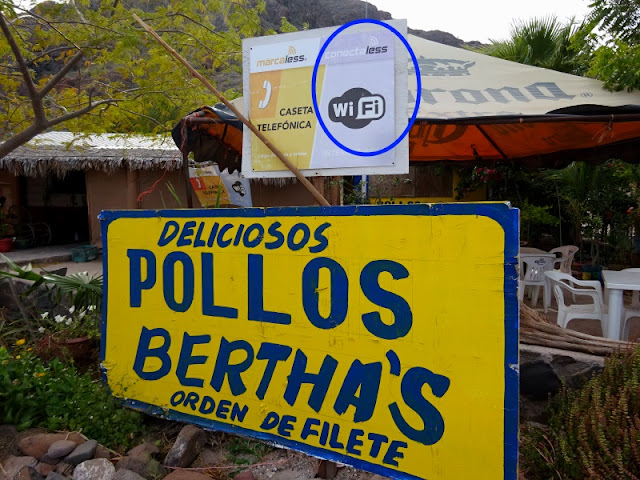 We drove about two miles back to Playa Santispac to give Umberto 100 pesos for the night. We knew we would stay at least tonight and most likely the next night as well, due to the Superbowl being shown at Armando's restaurant, a short walk from our camp spot. Umberto was gone by the time we got back, so we would catch up with him in the morning. 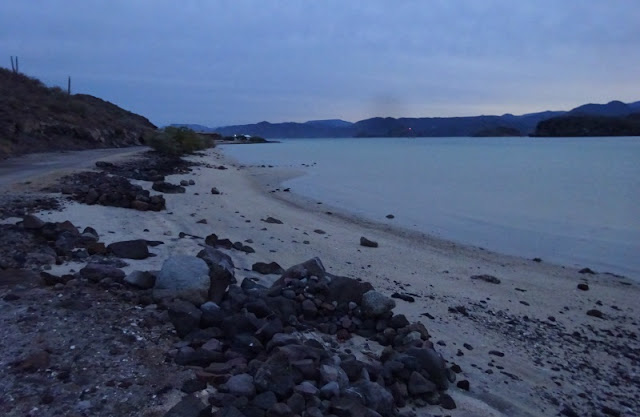 The Sun was starting to set as we were unpacking the van and having dinner. We sat outside by our little torch, had a beer and with a big 'sigh' of exhaustion and triumph, started enjoying our first night at our destination point. 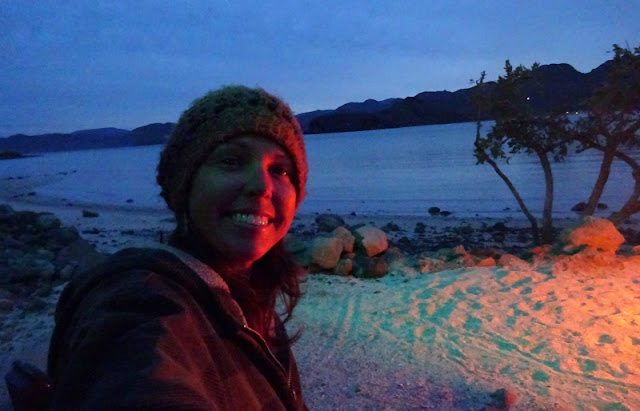 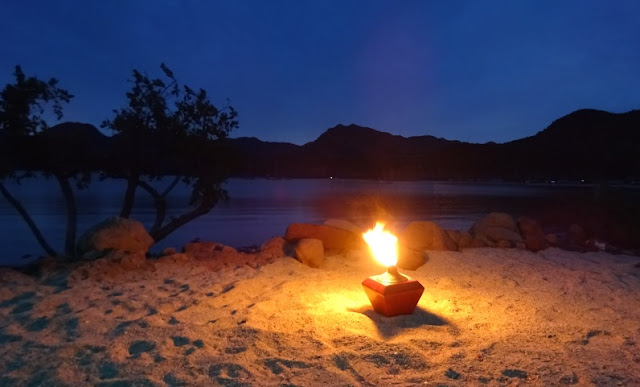 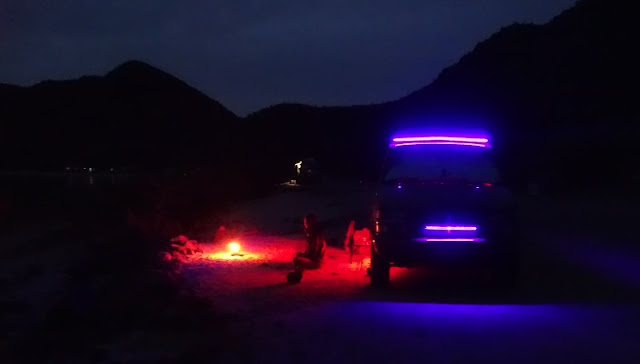 PEACE
Posted by Unknown at 5:53 PM