At one time or another, during a conversation out here, prospecting is bound to come up. This past year we have met many people that have the "Gold Hunting" buzz, most of them having metal detectors of their own. On a Saturday while working on Ray's brakes, the guys went into town to get parts and stopped off at a Mining-Prospecting store. Jamie came back with lots of great information and wanted to join the club so a few days later went back and did just that. He paid $20 for the whole year, so he's good until December 2016! When he became a member, he received a Member pin, a club card, a map to the mines that the club members are allowed to prospect at and he will receive discounts on the hunts they hold.
The first hunt of the season was this past Saturday. 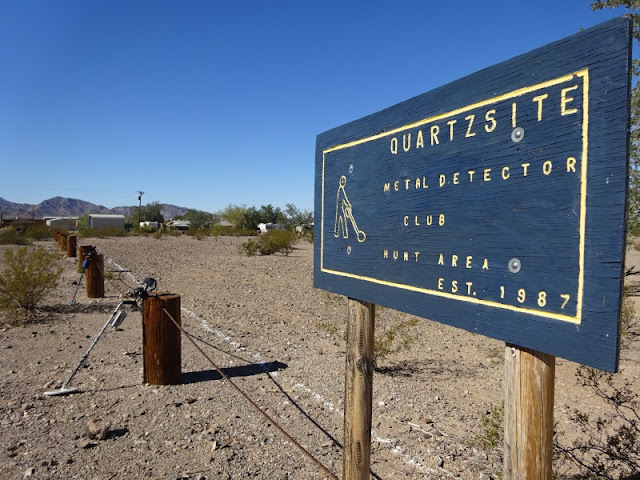 We didn't know what to expect; will there be 15 people there or way more? We thought we'd arrive at least a half hour early to register as well as getting a feel for what was going to happen during the hunt. We drove in and were stunned at how many people were there. We saw ladies selling homemade things, people hanging out by the coffee dispensers, sitting around talking and laughing, people were walking around getting their detectors just right...there were people everywhere! 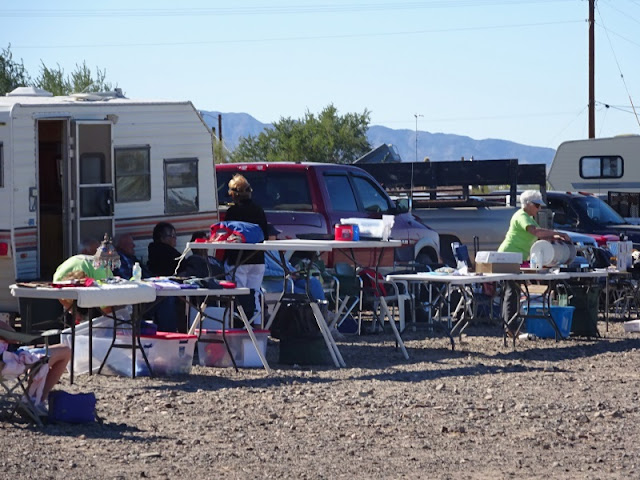 The hunt started right at 1:00 p.m. Charlie starts it off with a small pep talk as well as stating the rules. Everyone lines up around the perimeter of the field, registration tags get checked, then a horn is blown and they take off! People that do not do the hunt, hide 15,000 coins and 36 tokens (only 5 tokens per person). The tokens get turned in at the end of the hunt for prizes. 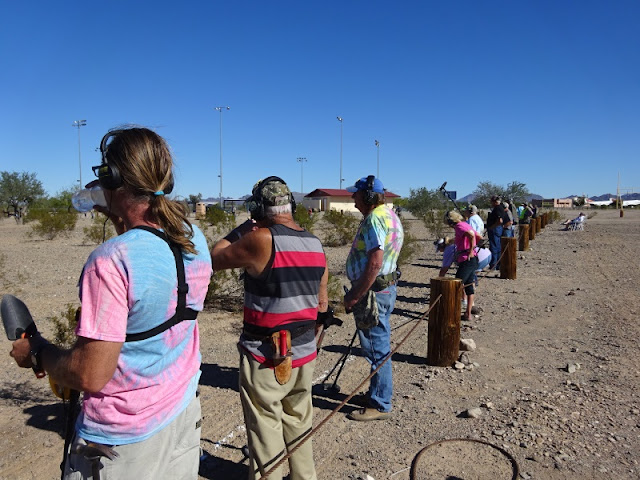 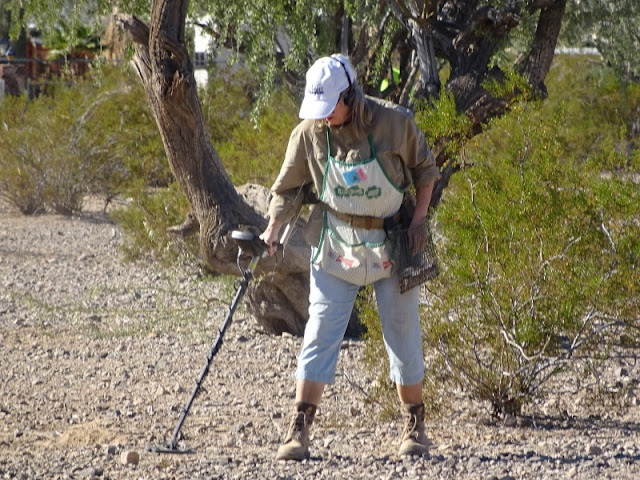 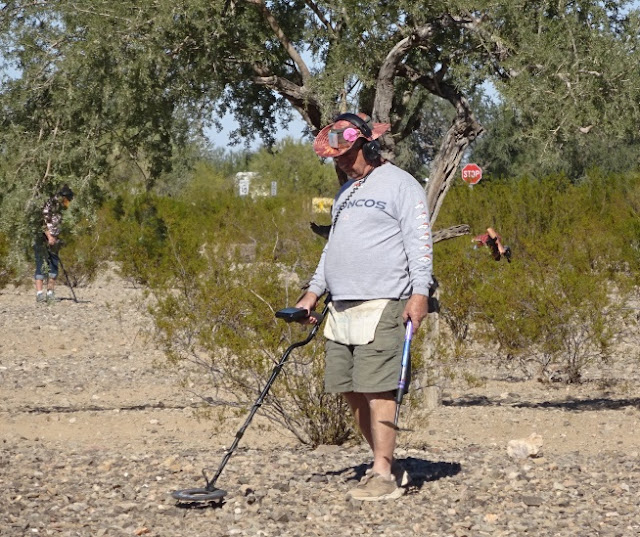 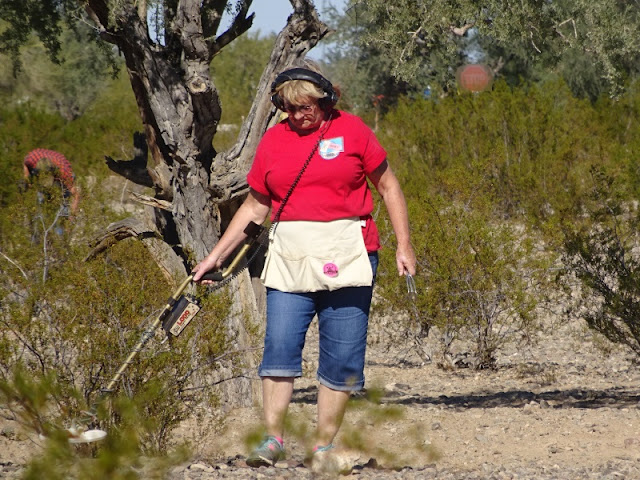 You get to detect and hunt for one hour, then they blow the horn and everyone comes in with their findings!


After the hunt is over you get to keep whatever you find; Quarters, Nickels, Dimes. If you found any tokens, you turn them into the smiling ladies at the main table and they give you your prize! Prizes this time around were little nuggets of Gold (yes, real Gold), old Silver coins & one lucky guy won a metal detector!!

We met Charlie Weinheimer, Quartzsites' Metal Detecting President & Huntmaster. He was a great tipster and a pretty funny guy, just click the video link below to get your Charlie fill and see what the hunt is all about! 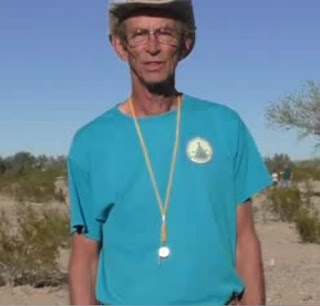 Charlie & Joe Wallingford (Vice President) told us that this is the smallest hunt of the season...there were 100 people there! The biggest hunt of the season is January with 200-250 people hunting, the prizes also get bigger and better!
We are thinking about getting a detector for me too, but we'll have to see how it goes...we're still saving up our monies for a guitar!
It really was a fun time. I went out after everyone left and found a Quarter and three Dimes! It is a fun little hobby and who knows, we may find something a lot bigger than coin change!
To find out more about the club in Quartzsite, clink the link below.
www.quartzsitemetaldetectingclub.com

See you at the next hunt!
PEACE 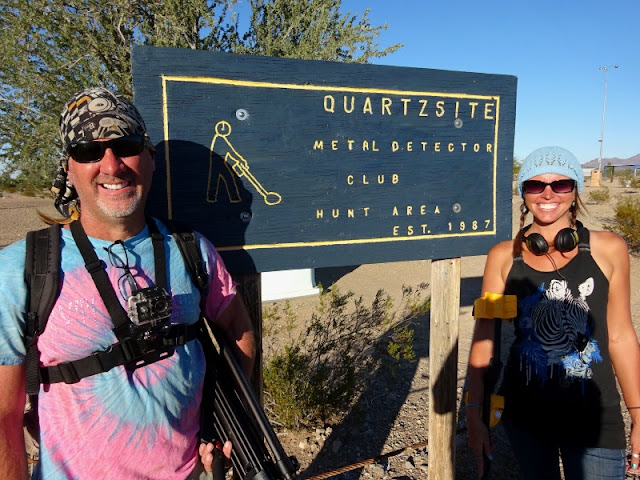